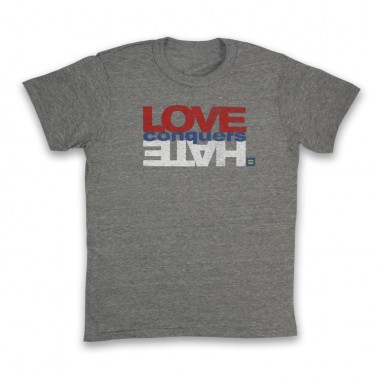 Rachel Maddow: “I think the responsibility that we have as gay Americans to the extent that we can — and we ought to be really ambitious about the extent to which we can — we have to be out. That’s the thing that we owe the people who came before us who are the pioneers, and that’s the thing we owe the next generation of gay people in terms of clearing the way and making life easier for them. I think that there is a moral imperative to be out, and I think that if you’re not out, you have to come to an ethical understanding with yourself why you are not. And it shouldn’t be something that is excused lightly. I don’t think that people should be forced out of the closet, but I think that every gay person, sort of, ought to push themselves in that regard. Because it’s not just you. It’s for the community and it’s for the country.”

My name is Ify and this is a part of my story. There is much more to me than this but it’s here none the less. I’ve been asked, “How do you know?” Really, just as you know yourself, it’s the same. You don’t need to try everything else to know what feels most real and authentic to you. No, I was not abused as a child and I feel very blessed and fortunate to have had such a loving and nourishing upbringing.

I lived in fear for many years, afraid of what my family, friends, fiancés, and social circle would say as I tried mightily to discern what God intended for me. I don’t claim to have any answers but what I do have is my faith in God, a loving family, and some sincere friends. I’ve come to understand that these connections are more dear to me than anything else.

Perpetually living in a state of anxiety and fear is an awfully heavy burden to carry alone and a diminished way of experiencing the world. I’ve learned that hiding the truth about an integral part of  myself leads to dishonesty. And dishonesty is a poor foundation for building one’s faith or meaningful relationships. It is a quicksand-like foundation for beginning a marriage.

Anger and sadness became my close companions even as I turned to God seeking and hoping for a way out, struggling to maintain my faith. But it wasn’t all doom and gloom, as I joyfully immersed myself in strengthening my relationship with God and with my community through learning and volunteering. I found a fullness and contentment of faith while cultivating my defense mechanisms. It takes a lot of effort to consistently maintain a neutral facade as those around you confidently express the most ridiculous or hurtful opinions. Over the years, deep fissures appeared in this facade and I unconsciously used anger and sarcasm in an attempt to keep my anxiety at bay.

At one of the last Friday prayers I attended, the imam made an impassioned plea exhorting the congregation to sign their names to a  petition to have a referendum ballot this year on the issue of gay marriage in the state. As a joke at the end of the sermon, the imam said, “We all know that God made Adam and Eve and not Adam and Steve,” which received some chuckles from the audience. But I’d like to offer as a correction that God not only made Adam and Eve but he also made Steve and me. That some in our communities readily display an attitude of willful ignorance and harshness rather than gentleness and compassion on a wide array of issues can and does alienate the most vulnerable from their faith.

I try to listen attentively with all of my being to hear the whispers of the divine message in my life. I’ve been deeply inspired by people across faith traditions who in their negotiation of faith have found it within themselves to recognize and respect each person’s inherent dignity and to love for others what they love for themselves. Slowly, I’ve gained the courage to allow my family and some friends in to get to know me and have been surprised to find their hearts soft and open enough to continue to love and embrace me even if it’s not always easy.

I am not giving up on my faith.